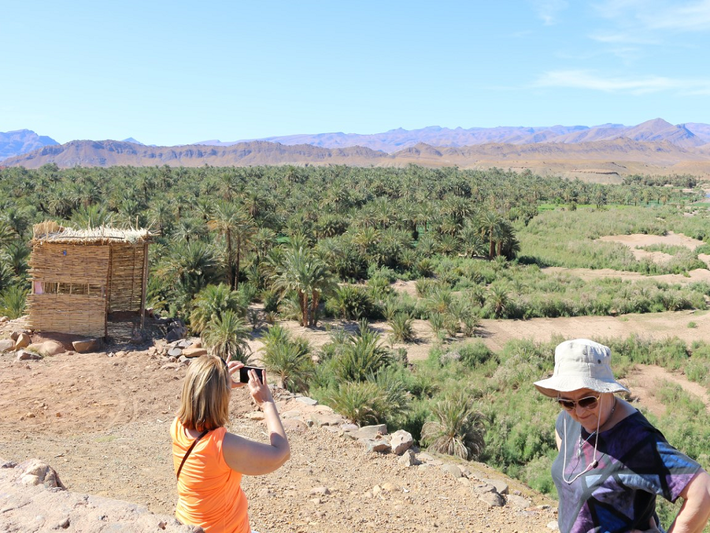 The south of Morocco, essential in the trip to the country.

From Marrakesh to the desert.

Once it has been decided that the country chosen for the vacation will be Morocco, it is time to prepare the trip. To enter the country there are several cities that have an airport: Tangier, Rabat, Casablanca, Fez, Marrakech and Ouarzazate, as some of them. But you can also enter by land, via Tangier, Nador, Ceuta...

Depending on each person or group there are several options to customize the trip. Beach, mountains, cities, culture, desert, etc. or combine several of these places. The set usually depends on how many days are available and the priorities of each group. One of the areas that arouses the most interest among travelers is the southern part of the country.

To go to the south of Morocco can be done from any city. The most central to start the trip and visit its market, its medina and its cultural buildings, is Marrakech.

We will leave Marrakech on the N-9 road until, in about eight to nine hours, we will reach the end of the asphalt. We will leave the red city climbing the High Atlas Mountains, in the Tizi n'Tichka Mountain. With approximately four hours, which separate Marrakech from the Kasbah Ait Benhaddou, by mountain road. At its highest point of about 2,260 m., we can contemplate the beautiful landscape that the mountains present. Among them we see one, in the shape of a heart and another in the shape of an eye.

At the foot of the mountain we will arrive at a small town; the Kasbah AIt Benhaddou, declared a World Heritage Site by UNESCO and where some families still live. The next town we will find will be Ouarzazate. Also called the Hollywood of Africa, for having been the setting for several historical films. It is currently in the Museo del Cinema, an essential visit for film lovers and a volunteer for all.

We will continue in a southerly direction, as we have said, as far as the asphalt ends, in the last town called M'hamid El Ghizlane. From Ouarzazate to M'hamid we go through the entire Draa Valley. An immense palm grove with its kasbahs, small towns full of tradition. Arriving in this area of ​​Morocco, we will see the city full of boys and girls walking towards or returning from school, with their uniforms and typical clothing. Men sitting under a palm tree that they have found to shelter from the heat. Groups of women walking together, the voice of the mosque sounding the prayer… We will reach the end of the paved road. From where an almost invisible path will take us to the haima camp in the Erg Chigaga area. About three hours of desert terrain separate us from the town to the camp.

We can do this route only in a prepared 4x4 vehicle or in a dromedary, on a six-day route, three out and three back. Along the way we can find a nomadic family (currently very few live nomadic), a camel caravan, an Oasis in the middle of the desert, wells along the way where we can cool off... and finally, we will arrive at Erg Chigaga. A horizon of about 45 kilometers of dunes and a dune about 300 m high. You can see a true wonder of nature. This is a moment that must be lived, there are no words to describe the feeling of being immersed in a place as impressive as the Sahara desert.

To return to Marrakech we will follow the old route of the Paris-Dakar Rally. Returning to asphalt through the town of Foum Zguid and we will cross the Atlas Mountains through Telouet.

Morocco is a country that has much to offer in terms of landscapes, culture and traditions. Its long routes force us to make several days of travel with endless impressions at each stop. The company Sahara Para Todos is dedicated to organizing trips throughout the country for all types of groups. Some circuits are detailed on the website www.saharaparatodos.com, as well as some options to join groups and/or request a more personalized proposal. 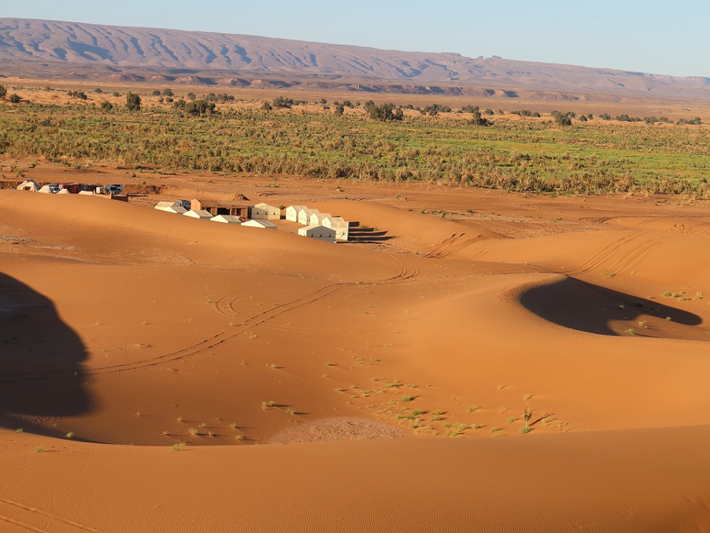 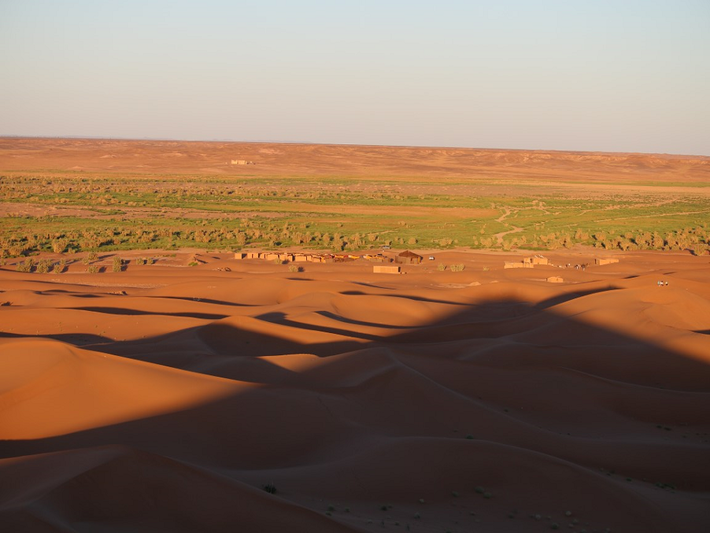 This website uses proprietary and third-party cookies to improve the browsing experience as well as for analysis. By continuing browsing, we understand that you agree the use of cookies

A cookie is a small file stored on the user's computer that allows us to recognize it. The set of cookies help us improve the quality of our website, allowing us to monitor which pages are useful to the website users or and which are not.

Cookies are essential for the operation of the Internet, providing innumerable advantages in the provision of interactive services, providing us with the navigation and usability of our website. Please note that cookies can not harm your computer and, if enabled, they help us identify and resolve errors.

What kind of cookies are used in this site?

Propietary cookies: those that are sent to the user's computer from a computer or domain managed by the publisher and from which provides the service requested by the user.

Third party cookies:those that are sent to the user's computer from a computer or domain not managed by the publisher but by another entity that analyzes the data collected. .

Persisting cookies: a type of cookie in which data are still stored in the terminal and can be accessed and processed by the cookie's responsible.

Analytics cookies: using web analytics to get information on the number of users accessing the site, number of pages viewed, and repetition frequency of visits, the duration, the browser used, operator who provides the service, the language used by the terminal or the city to which is assigned the IP address. Information that allows a better and more appropriate service by this website.

We assume that you accept cookies. However, you can restrict, block or erase cookies from this site or any page from the browser settings.

Next you can find the main browsers help pages: